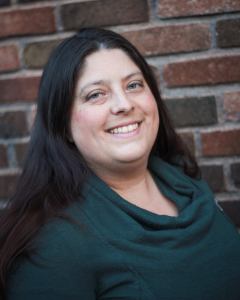 Alison hails from the frigid north (AKA Minnesota) where she spent her formative years playing soccer and acting in plays both in community theater and professionally. She liked the Twin Cities enough to stick around for college and studied anthropology, studio art, and art history.

After spending graduate school interning at museums all over San Francisco and working at the California Academy of Sciences, she decided the museum world was not for her. So she embarked on the next chapter of her life following her Roman historian husband on his academic meanderings. This has taken her around Europe, including summers as an object photographer at a dig site in Greece and a year in Bulgaria working as an English teacher.

The one constant through all of this bouncing around has been her love of storytelling. It began with novels and short stories while recovering from surgery in 2014, but her focus has become screenwriting as of 2020. She consumes what she lovingly calls “an alarming amount of media” in her pursuit of understanding narratives and how they evoke feelings in the audience.

Nowadays, Alison hangs her hat in Freiburg im Breisgau, Germany, right at the foot of the Black Forest. Though she plans to return to the US in early 2023 (or sooner should the opportunity arise!), she will undoubtedly miss the Glühwein, Schnitzel, and all the wonderful people she’s met.